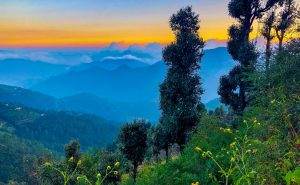 Kanatal is a beautiful village near Surkanda Devi temple on the Chamba – Mussoorie road. This relatively remote village has the most magnificent views with lush green forests and is situated overlooking the Himalayan mountains. Kanatal is the most scenic village with many outdoor activities to indulge in to keep you entertained, The outdoor camping activity amongst the woods with the most scenic views is a must when in Kanatal. Tehri Dam in Kanatal has the utmost panoramic views with its natural beauty and is another famed tourist spot.

Must Read :-  BEST PLACES TO SEE IN KANATAL 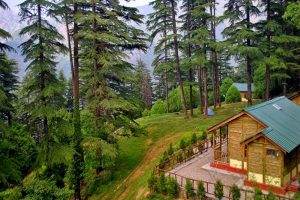 Dhanaulti is a precious hidden gem in the state of Uttarakhand near Surkanda Devi Temple. This place still being untouched by the mass population has intact raw beauty to surrender for. As another place of the state, Dhanualti has rich flora and fauna adding to the Himalayan mountain in the backdrop. This picture-postcard place has captivating stunning views. The Dhanaulti eco-park comprising two woodlands Amber and Dhara and is situated at 7800mts above sea level stretching 13 hectares of forest land is a tourist attraction in the place. The eco-park with pine and oak trees stretching as far as an eye can see and hitting the blue skies gives spectacular sunrise and sunset views. Aloo-Khet(potato farm) is another attraction for people who visit the place. The sunset view overlooking the Doon valley from the farm has to be witnessed. 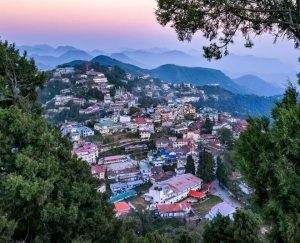 Words fell short to describe the beauty Mussoorie offers. Popularly known as “Queen of hills”  this place has so many attractions and is a whole trip in itself and there will be a huge celebration of new year in Mussoorie . The grandeur of Himalayan mountains laid as a backdrop to the raw beauty of the place is par excellence. Not only the beauty but this place also has its rich history kept intact that dates back to 1825 during the British invasion. Few famous attractions of the place are Laal Tibba, Gun hill, mall road, Kempty falls, and Municipal garden.

Must Read :-  NEW YEAR IN KANATAL 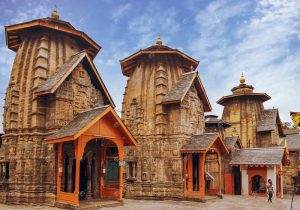 Chamba is a little hamlet located amidst oak and pine trees in the pristine Garhwal Himalayas near Surkanda Devi Temple. The picturesque views and the solitude of the place are unsaturated. The snow-capped Himalayan peaks of Thalay Sagar and Jonli can be witnessed. One can witness the breathtaking beauty of the kaleidoscopic Langtang range on the northern skyline on clear mornings. The nights in Chamba are extremely enchanting with dazzling stars that appear almost touched to the bare hands. 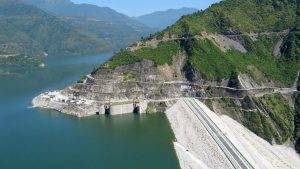 New Tehri is situated at a height of approx.1950 mts above the sea level near Surkanda Devi Temple. Famed for its enchanting natural beauty. Tehri dam and Tehri lake overlooking Himalayan mountains are a delight to the naked eye and are the two major attractions of the place. New Tehri is the 21st century’s modern and most organized and is reckoned to be the only planned city of Uttarakhand. Tehri dam and lake are also well known for water sports and boating expeditions for the adventure fanatics.