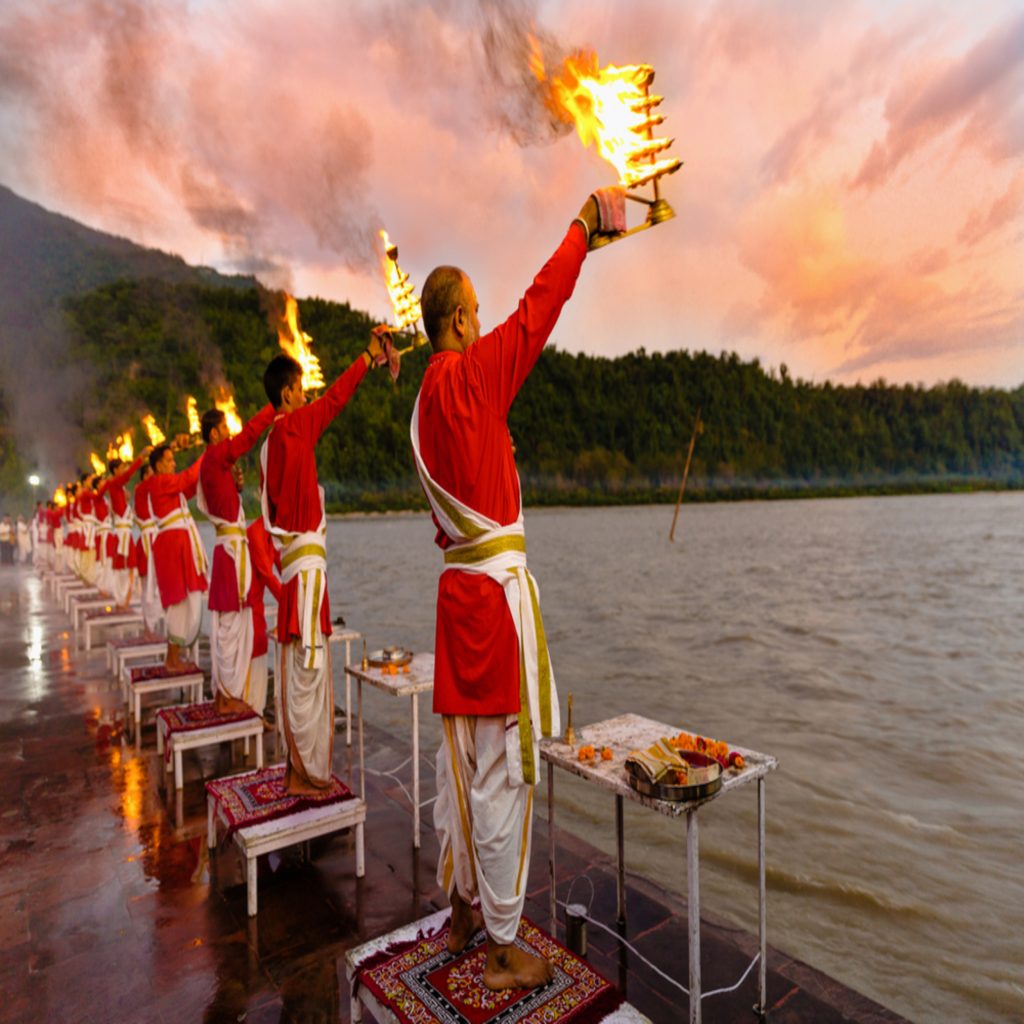 Kanatal is conveniently connected by road to Delhi and major cities. A few decades ago there used to be a lake by the name of Kanatal; now it dried up and hence the name Kanatal, literally meaning “one eyed lake” in Hindi. To make it memorable, the place was named Kanatal and our stay called Kanatal Heights, kanatal heights is best place for adventure lover and nature lovers both. It is situated at the height of 8400 feet’s near to Dhanaulti.

Rishikesh is One of the holiest cities in India, Rishikesh is quite famous for its scenic landscapes and is naturally placed in the foothills of the Lower Himalayas & River Rafting in the state of Uttarakhand. The town serves as a gateway to other important religious centers such as Kedarnath, Badrinath, Gangotri and Yamunotri. The literary meaning of Rishikesh is ‘Lord of the Senses’, which stands for Lord Vishnu.

In this Weekend Getaway, Kanatal & Rishikesh camping site is in the lap of nature. The pleasant sound of the rapids on the river echoes in the valley and camping around such is a lifetime experience in itself and in this trip River Rafting in Rishikesh is an experience that will get your pulse racing to make it one of the most unforgettable trips of your life.

Arrival in Kanatal & Check in into Camp. After Some Leisure Time Ready for Surkanda Devi Temple Trekking (4 KM), It is at an altitude of about 2510 meters (8,235 ft) lies close to nearby hill stations of Dhanaulti. The highest point is Surkanda Devi Temple, at a height of about 9,995 feet. Water is scarce in the region. After that trek down & explore Local and beck to camps, enjoy bornfire & have Dinner, overnight at Camps under the stars.

After Breakfast, Chcek out from Camps & Depart from Kanatal to Rishikesh. 2-3 Hours journey Reched Rishikesh Chcek into Camps. After Some Leisure Time Ready for Rafting, River Rafting in Rishikesh is an experience that will get your pulse racing to make it one of the most unforgettable trips of your life. Listen to the briefing given by the guides and start to raft down the river. Beat the severe and unusual rapids of the Ganges with all the proper safety measures such as life jacket, helmet, and paddle. Rafting ends at the Maggi point at the point at this point you can enjoy Maggi tea & Coffee. After that return back to camps, overnight at Camps under the stars.

After Breakfast, Chcek out from Camps. After that you can explore local sightseeing of rishikesh like laxman jhula, ram jhula, Shopping from local market of Rishikesh and Depart from Rishikesh to Delhi. Trip End Your memorable trip of Kanatal & Rishikesh ends here keep in touch with Vagabond Holidays in Whatsapp / Facebook & Instagram.

GST (5%) is applicable extra.
any kind of food or beverage that is not included in the package like alcoholic drinks, mineral water, meals/refreshments/lunches on the highway.
Any cost arising due to natural calamities like landslides, roadblocks etc. (to be borne directly by the customers on the spot)
Anything not mentioned in the inclusions.