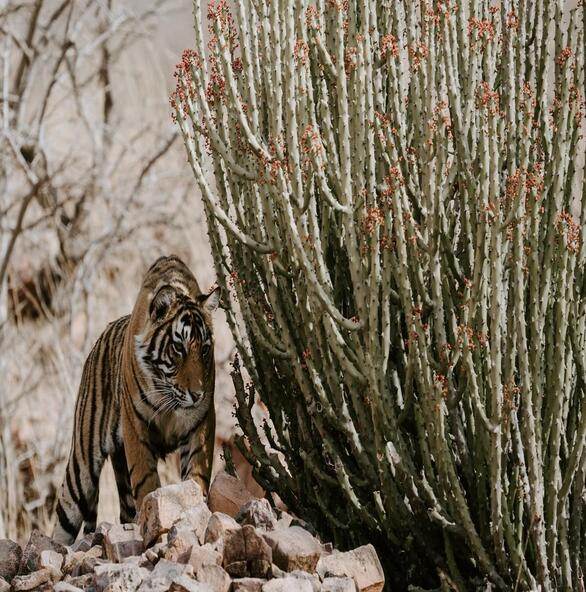 Ranthambore National Park is a vast wildlife reserve near the town of Sawai Madhopur in Rajasthan, northern India. It is a former royal hunting ground and home to tigers, leopards and marsh crocodiles. Its landmarks include the imposing 10th-century Ranthambore Fort, on a hilltop, and the Ganesh Mandir temple. Also in the park, Padam Talao Lake is known for its abundance of water lilies.

Ranthambore National Park is one of the largest national parks situated in Rajasthan, India.
Ranthambhore wildlife sanctuary is known for its Bengal tigers, and is a popular place in India to see these animals in their natural jungle habitat. Tigers can be easily spotted even in the daytime.
There has been an increase of total 28 tigers in Rajasthan between 2016 and 2018, out of which 25 were born in the popular national park, Ranthambhore and 3 in the adjacent Sariska Tiger Reserve.