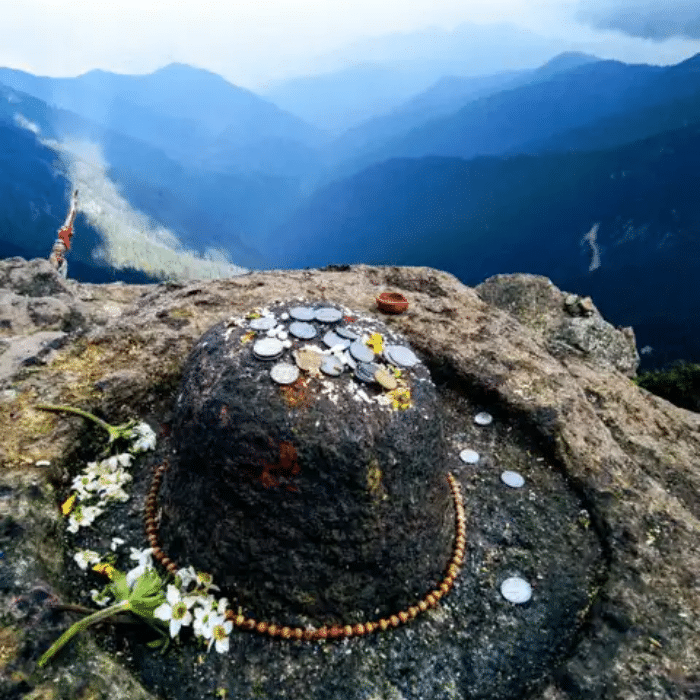 Churdhar peak is the gigantic mountain of the Shivalik ranges and the highest mountain outside the Himalayan ranges at a height of 11695 feet. This is situated in the Sirmour district of Himachal Pradesh. Srigul Devta temple below the summit is a pilgrimage dedicated to Lord Shiva and has great religious significance across the country.

Churdhar commonly called Chur-Chandini-Dhar(Bangles of Snow Ridge) has a beautiful landscape adorned with rich Flora and Fauna. The 56 sq kilometers area around the peak is recognized as a sanctuary and is named Churdhar Sanctuary after the peak.

Churdhar peak being the highest, it is visible from Shimla, Kasauli, and Kurfi. George Everest(British surveyor and geographer, eponym of Mount Everest) made his astronomical reading of Himalayan mountains from this peak.

Churdhar peak trek is a glorious experience. It’s a walk across the dense deodar forest amongst the boulders and clouds revealing the panoramic view of mountains at the summit. The north face of this mountain is always covered with snow for almost 6 months giving us an amazing view of snow-capped mountains including ranges and peaks of Badrinath and Kedarnath in the Garhwal region. Towards the south, it gives a spectacular view of lowland tracts. The proud moment of being on top of the world whilst standing on the highest peaks is priceless. The enthralling view from the peak would leave you speechless.

Churdhar Peak at a glimpse

Best Time: May to Nov

Base: Nohradhar (The most famous and preferable route is a 20kms trek uphill)

Duration: Minimum of 1 day and a maximum of 2days

Trek type: Steep trail through the grassy and rocky path. The last part is very steep( Almost vertical if taken a shorter route and moderate if taken long).

FLORA AND FAUNA IN CHURDHAR

* A thick forest consisting of Deodar, Oak, and Pine trees are seen all along the path.

* Medicinal herbs like Aloe vera and Amaranthus Spinosus are found abundantly in this region.

* The state bird of Himachal Pradesh, The Himalayan Monal which is beautifully decked up in all rainbow colors can be sited here.

* Red Jungle Fowl which is a tropical bird is found in this region.

* Indian Pea Fowls/ Peacocks are situated in larger numbers in this region.

* Animals like Barking Deer, Goral, Leopard, Wild Boar, and Pika are found on this territory.

Besides the adventure Churdhar is the place where people seek the blessings of Lord Shiva and Shrigul Devta, the presiding god of the land.

Shirgul Devta Temple according to the Puranas is dedicated to lord shiva. This temple which is situated at the height of 3640mts above sea level is said to be around 5000 years old.

The temple is named after a deity Shri Shrigul Maharaj or Chureshwar Maharaj who used to live here in ancient times. The small temple built from Deodar wood and stones that enshrined life-size Shivling and idols of Shiva and Parvati has been transformed into a double-story tin-roofed structure.

By offering prayers to Shrigul Devta at Churdhar temple pilgrims then continue to offer prayers to Lord Shiva who lives in Kedarnath and Badrinath shrines. These holy peaks can be spotted in the distant North-East from here when the sky is clear.

2.Camp at Jamnalal in Churdhar

Jamnalal is the most beautiful spot on the entire trek. The first camping site you arrive at when you start to trek from Nohradhar. After a walk in the dense forest, you will be greeted with a big open grassland which is Jamnala. This is beautiful lush green flat land with gentle slopes, meadows, and streams of water. It is hidden in between the forest and is an exemplary staying option. The View here is like a perfect postcard. Few stalls provide food and staying options but they will be closed during winters. You can pitch your tent and enjoy a beautiful stay here. The moonlit terrain during the night transforms into a dreamy land.

Haripurdhar which is at a distance of 27kms from Churdhar is the summer capital of Sirmour is situated on a high ridge overlooking a deep valley at a height of 2500mtrs above sea level.

It’s a beautiful off-beat hill station that is known for its scenic beauty like any other place of Himachal Pradesh. Haripurdhar is famous for the most ancient Maa Bhangayani Temple. Powerful goddess of the state and is known as the godsister of Shrigul Mahadev. This temple is located at the foothills of Shivalik ranges at Haripurdhar.

*  George Everest(British surveyor and geographer, eponym of Mount Everest) made his astronomical reading of Himalayan mountains from this peak.

* The holy water at the Chur temple is a gift from Lord Shiva who is believed to have brought the water from Mansarovar lake in China occupied Tibet in the distant past.

* It is believed that Lord Hanuman found Sanjeevni Booti at this peak which saved the life of Lord Lakshman in the battle with Lanka king Ravana as described in the Hindu Epic Ramayana.

* According to the locals, deities Shrigul Devta and Bijjat Maharaj had a centuries-old fight which is about to end now after 1500 years in a joint Jagran. It is believed that the deities have ordered locals to organize a deity fair where both deities will meet.

There are three base locations to reach the Churdhar peak.

* The trek from Nohradhar is the most famous and is a widely used route to reach the peak.

* The total distance to be covered will be 20kms.*

* Nohradhar is a little hamlet in the Sirmour district.

* The trek from Chaupal is the shortest of all three trek routes.

* The total distance to be covered will be 7kms.

* Chaupal is a town and Nagar panchayat in the Shimla district.

* The trek from Haripurdhar is the longest of all three trek routes.

* The total distance to be covered will be 50kms

* Haripurdhar is a small town situated on a high ridge in the Sirmour district.

The above information shall help you decide the base point.

Now, How to reach the base location to start the trek?

Solan, Shimla, Nahan, and Kalka are the nearest cities from where there are buses available to any of the basepoints.

There are three nearest airports you can choose from, from where you can connect to your basepoint via taxi/ buses.

The major nearest railway stations are

DOs AND DONTs AT CHURDHAR

* Be accountable for your actions and do not litter in the open.

* Do not carry plastic bottles.

* Do not humiliate any religious beliefs or culture of people living there.

* Do not enter/touch any place/ thing without seeking permission.

* If you are new to the place, do not wander without any guide or companion.

* Do not carry unnecessary things which might add up as unwanted weightage.

* Do not wander alone, Black bears are found in this region and are likely to attack solo travelers than those who travel in groups.

* Do follow the rules and regulations of the place.

* Be polite to the people.

* Do respect the traditions of the place.

* As a responsible tourist, pick up any wrapper lying on the path and drop it in the trash bins. Nature will thank you.

THINGS TO REMEMBER BEFORE YOU START THE CHURDHAR TREK

* Churdhar trek is a moderately difficult tread with sharp up-hill and down-hill paths at a high altitude which might be hallenging for beginners. Decide your stamina before taking the plunge.

* Trek becomes highly difficult during extreme winters and rainy seasons. So better avoid during those seasons.

* The snow-covered trail at a few points might make the path more skiddy and vulnerable. So, do carry snowshoes depending on the month of your travel.

* Do carry warm clothes since the weather is cold and can get chilly at times.

* Carry enough water as the path is steeply inclined and you would not find refilling points on the way.

* There are not many eateries on the way. So, carry nuts and chocolates to keep you energized.

* If you choose Nohradhar as the basepoint, start early to reach the temple before dawn.

* Dharamshala of the temple gets crowded during the season. So, reach the temple as early as possible to book your stay.

* Try camping at the peak to witness the night magic on the highest peak.

Nauradhar is a small town where one can purchase basic essentials. Trek starts right from the center of this town.
First 2 km is a bit steep, and after that, it is a gradual incline through a forest of pine trees till Jam Nallah, our first-day camping site.

During a trek of almost 5 hours, you don’t feel tired as the striking views, like that of the Kedarnath and Badrinath peaks, ranges of Lahaul and Spiti, a thick forest full of chirping noises, Gujjars with their cattle and many more, keep your energy level up. Also, a few other charming spots and temples, that you come across while you are on the way to Churdhar, make the journey unforgettable. After that, we start our descend towards the campsite.

Day 3: Trek back from Jam Nallah to Nauradhar and then we drive back from Nauradhar to Delhi

6. Team Captain Throughout The Trip

2. any kind of food or beverage that is not included in the package like alcoholic drinks, mineral water, meals/refreshments/lunches on the highway.

4. Any cost arising due to natural calamities like landslides, roadblocks etc. (to be borne directly by the customers on the spot)

5. Anything not mentioned in the inclusions.

6. Any damages to bike except engine damages has to be borne by the client.

1. If Minimum group strength is not met , we have the right to cancel the departure.

2.Should you wish to customise the trip as per your preferred date, separate charges will apply.

Things to be carry on Churdhar Trek

Clothes
Full Trousers or Trek Pants or Denis (I would highly recommend against it and explain why), Shirts, T shirts for men, Women can choose from what they normally wear

Footwear
Sandals and Flip Flops, Normal Shoes, Proper Hiking or Trekking shoes (In case you are into trekking) 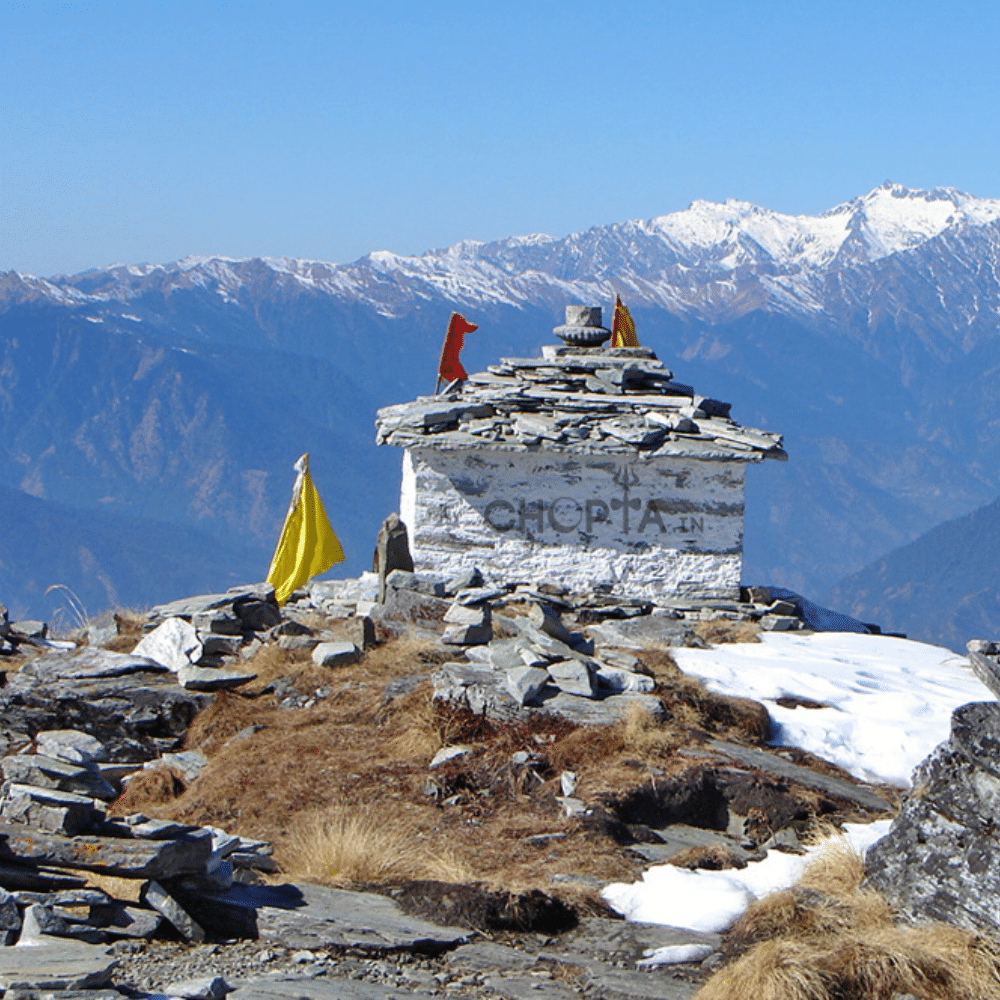 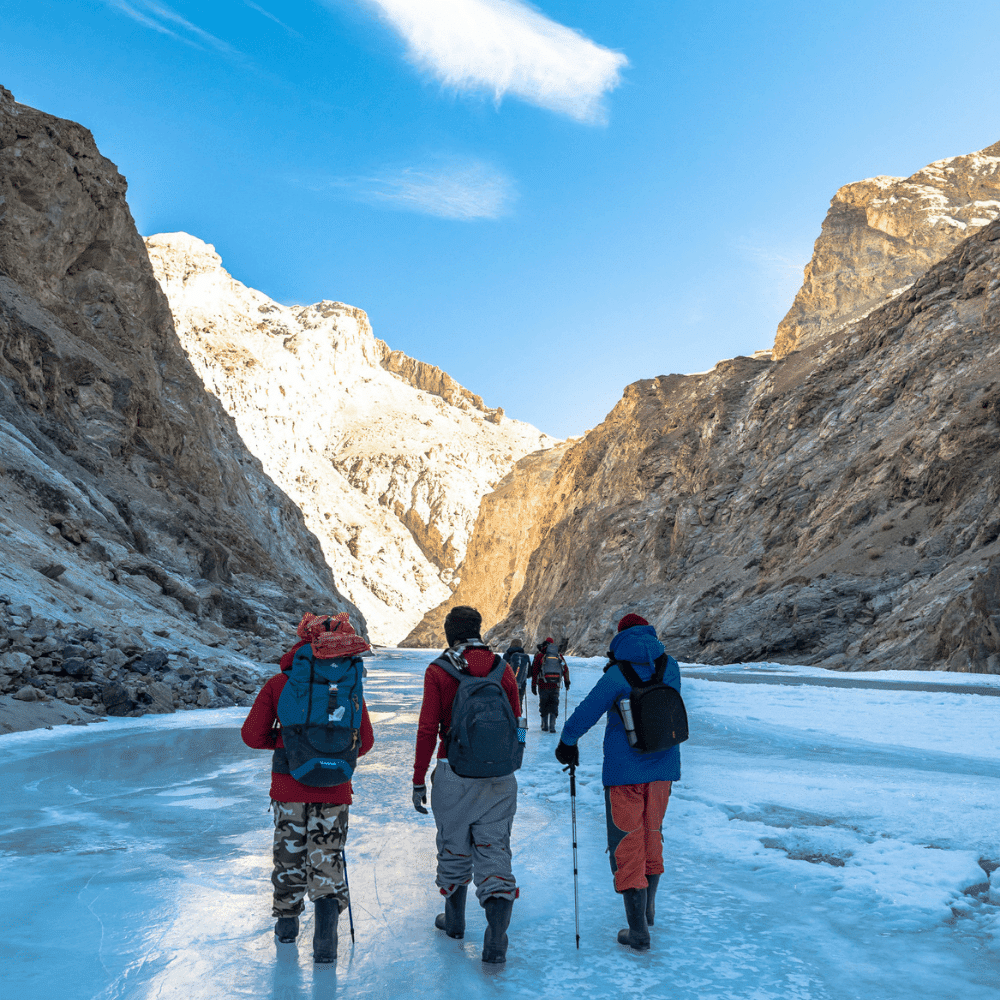 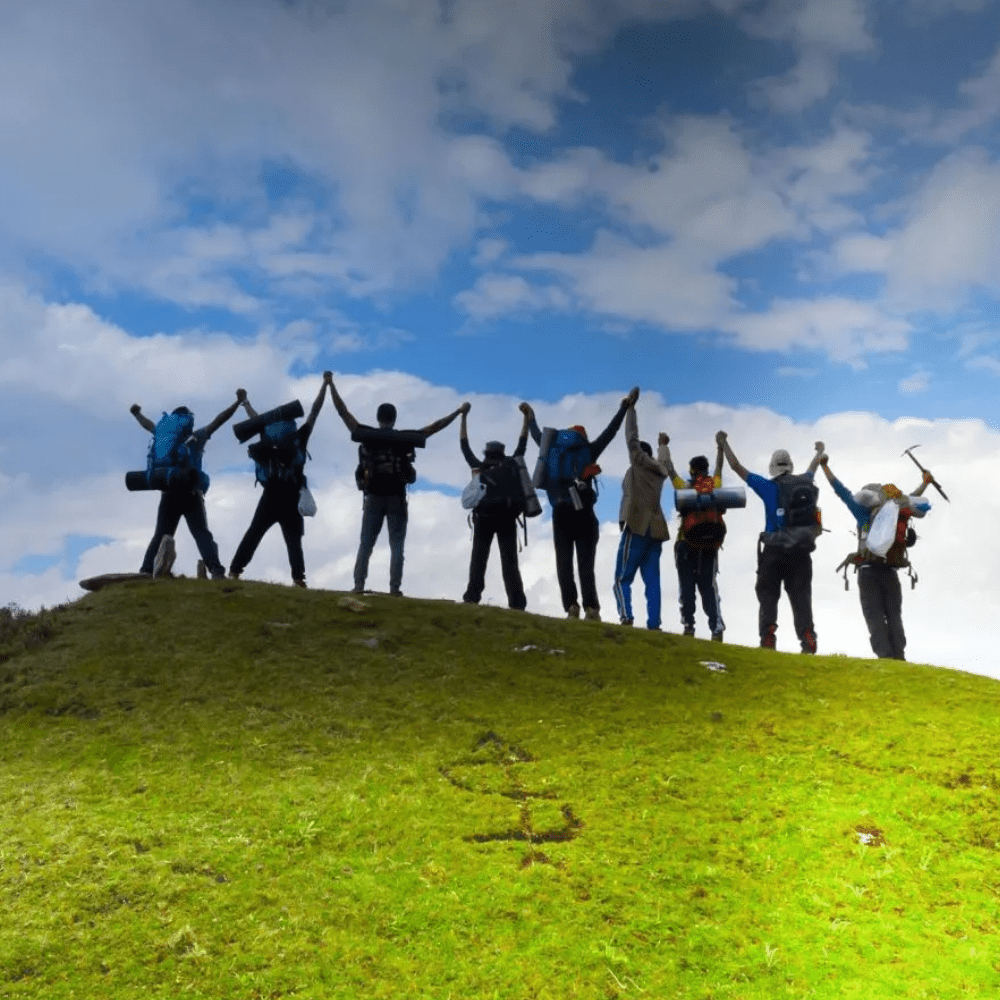